Just south of Aberdeen, improvements continue to be made at Scottish Water’s Sludge Treatment Centre (STC) in Nigg – but at a site still approaching its full potential, 0.9~1.0MW per tonne of Dry Solids is already being consistently produced.

Part of its trailblazing route-map to lead the water industry to net zero emissions and beyond by 2040 (five years ahead of the Scottish Government’s ambitious plan to become carbon neutral by 2045), Scottish Water’s go ahead STC at Nigg is becoming a showpiece energy generation centre.

In recognising some sweeping transformations that would have to happen over the next 25 years to achieve its target, Scottish Water’s refurbishment at Nigg has seen an upgrade of Cambi’s Thermal Hydrolysis Process (THP) – and the introduction of a new Digester Mixing System – from Landia.

Scottish Water was a pioneer in 2001, when it commissioned the fifth ever Cambi THP plant. Over the past two years, Cambi has modernised outdated control and measurement systems – and is currently upgrading the heat exchangers. The plant can treat up to 60 tonnes of dry solids per day, but further improvements could increase this considerably.

He added: “We’ve come a long way since the old compressor mixing system at Nigg, which failed regularly. This resulted in the effective digester volume being reduced, because the fouling up of vessels with an accumulation of solids lessened the amount of gas that we could produce”.

When the two 4,000m3 digesters at Nigg were cleaned out during the centre’s refurbishment, it was revealed that 45% of the volume had been lost due to grit and heavily compacted sludge. Central to the need to help make this STC electrically self-sufficient and significantly reduce its carbon footprint was the important choice of a new mixing system.

"We looked at various options”, continued Simon Wrigglesworth, “but as has been proven, Landia, who were confident that their system could handle the thickness of the sludge, did exactly what they said they were going to do. There was nothing showy; they gave us a good feeling right from the start and provided an impressive whole life cost analysis. They were clearly very determined to bring about the benefits we required”.

Both digesters at Nigg are now fitted with two diametrically-opposite Landia Chopper Pumps, which draw thick liquid from the bottom of the tank, where solids are chopped to accelerate the digestion process and prevent clogging of pipes and nozzles.

A 25% to 30% increase in our gas production
In the first stage of the mixing process, the liquid is injected into the upper half of the tank, whilst biogas is aspirated from the top of the tank and mixed into the liquid. This not only has the benefit of reducing buoyancy at the surface of the liquid, but also sees the rising gas bubbles continue to mix after the pumps are switched off. With two 30kW systems on each digester, the installed power of the Landia mixing system equates to a very economical 15 watts per cubic meter. When factoring in reduced running times, as low as 20 minutes in the hour, energy savings are substantial. Reduced running times also means that pump-wear components last significantly longer.

Cambi’s proven Thermal Hydrolysis Process (THP) exposes sewage sludge at Nigg to high temperatures (1600oC to 1800oC) and pressures (about 6 bars), typically for 20 to 30 minutes for each batch to ensure pathogen kill. Sterilised and hydrolysed sludge is passed to the flash tank, which operates at atmospheric pressure. The sudden pressure-drop leads to substantial cell destruction of the organic matter in the sewage sludge, which is then cooled to its optimum temperature before it is fed to the digesters.

“Post-refurbishment”, concluded Simon Wrigglesworth, “we’ve now had a decent period of stabilisation, with no major hiccups in the performance or reliability of the Cambi and Landia equipment. “With a 25% to 30% increase in our gas production, we’re in such a better place”. 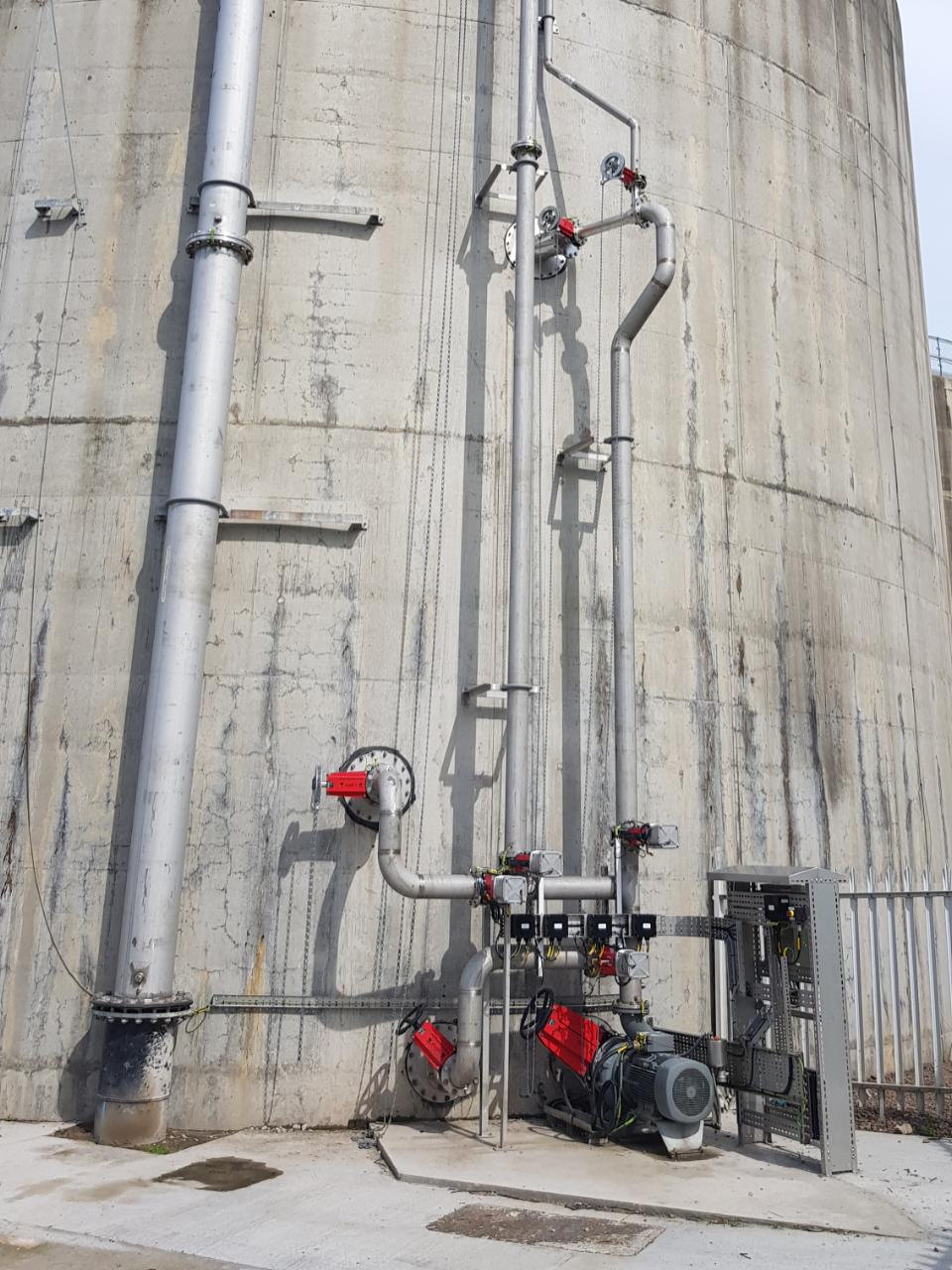