GRIT OUT, POWER UP AS LANDIA HELP CANNINGTON BIO ENERGY

A decade since it began, Cannington Bio Energy’s hive of activity is impressive – with volumes of waste arriving, waste being treated – and green energy being produced. If only it was as simple as all that.

In the demanding waste-to-energy industry, the Cannington site in Somerset is a place where improvements through careful fine-tuning never stop – always learning, never afraid to meet the challenges of producing biogas head-on. The contents of thousands upon thousands of food waste caddy bags are not a pretty sight, and they certainly don’t smell of roses, but this is a centre of excellence with a refreshing and very down to earth balance of science and common sense that the AD industry can learn a great deal from. From the unfortunate avalanche of unwanted post-Christmas food, discarded Mother’s Day flowers, to some of the wild variances in food waste – it pays to keep everything as balanced as possible to accentuate the gas yield.

As a site that prior to AD, grew to storing upwards of 10,000 tonnes of fruit juice and food ingredients at -14oC to ambient temperatures, there presented itself a significant challenge and opportunity to fight back against an ever-increasing electricity bill that had risen to a quarter of a million pounds per annum. Since investing in an AD operation – and with an enthusiastic and determined eye for continuous improvement, there’s been no turning back.

Like almost every AD operator, Cannington is no stranger to the world of grit that prevents digesters from producing as much gas as they should. During its recent clean-out revolution – given the massive volume (60,000+ tonnes pa) of waste material that is handled at the plant near Bridgwater, it wasn’t a big surprise that in the worst case, one of its 3,000 tonnes tanks was holding a whopping 750 tones of grit (mainly plastics and metals). No self-respecting AD plant should tolerate this, yet in truth, many operators simply do not seem to know how much grit is clogging up their digesters and pumps – suppressing their performance and creating so much maintenance work downtime.

He continued: “A build-up of grit very much comes with the territory, but you can’t just leave it indefinitely - so in addition to looking at the types of waste we use and how best to combine them, we’ve introduced a powerful new degritter, and upgraded the pump that accompanies it to optimise our results”.

The new degritter comes in the shape of a simple hydrocyclone from Metamo Process Technology. Capable of treating 60 cubic metres per hour, it can remove up to 240-300 litres of grit from the substrate before it goes into the digesters at Cannington. Importantly, compared to other degritters, it had the small footprint required for the Somerset site.

“With no moving parts to wear out”, added Paul Barrass, “we can see already that it will reduce our maintenance costs – and working in synch with a very good pump from Landia, it deals with all the grit, bones, eggshells and such like that arrive in the food waste. We get plenty of cutlery too, which I’m sure people don’t mean to throw out, but that would be asking a bit much! With crops such as maize and sugar beet from our own land that make up around half of our feedstock, we already end up with a good quality digestate, but the Metamo degritter will make it even cleaner and better”.

The degritter needed a pump that that could provide sufficient pressure, as well as prove resilient to the tough application, which is where Landia – already with a long-standing track record at Cannington, came in. Armed with acid-proof coatings for food waste and designed for hard-to-handle mediums, the Landia chopper pump and the Metamo degritter work together seamlessly, despite the dry solids content of 18%.

Mike and Tim Roe (the pioneering father and son team who own Cannington) very wisely had the foresight to design their process for flexibility in feedstocks – and true to this day, always look for enhancement. Almost 10 years ago when the AD operation began, they installed a Landia POP-I mixer at the front end to keep solids in suspension for the main reception tank – then, for a separate feedstock holding tank, soon introduced a submersible Landia chopper pump to replace a unit from a different manufacturer that was proving ineffective in handling one of the then chosen feedstocks of corn. The Landia chopper pump immediately accelerated batch times.

From potato and arable crop farmers who then diversified into cold storage, bio energy and recycling, Cannington now has its CHPs producing a plant output of 2MW – as well as an additional 1000m3-plus of refined gas.

Income from waste and the AD-generated electricity that is sold onto the UK’s National Grid accounts for about half of Cannington’s income. Approximately 1,000kW is utilised to power the site – with around 1,000kW exported to the grid.

The site at Bridgwater has now grown to an impressive three digesters, a pasteurizer, a pre-heat tank, plus another five holding tanks – one for slurry at the back end – also discharging to lagoons. Here again, a Landia pump was called in to replace an existing unit that despite managing the 35-metre head required to make the final discharge to the digestate lagoons, would take it 24 hours - and suffer from significant wear and tear.  However, the Landia MPTK chopper pump, which also has to pump 250m horizontally as well as 35m vertically, proved far more resilient – and does the same job - in just two and a half hours. This has created major benefits all the way back down the production line.

People we know and trust “We use pumps from different companies”, said Paul Barrass, “so its horses for courses. In total we now have 21 Landia pumps and mixers – including one that just keeps on working in our sump for waste orange juice, which would soon prove too much for many pumps because of the low pH. We’ve always worked closely with Landia to fine-tune our processes - for example, changing to larger impellers to maximise the lifetime of the pumps. We get the fast response that we need with people we know and trust on the other end of the ‘phone – as well as readily available spare parts, which unlike some manufacturers, are at sensible prices. The Landia mixers and pumps are also very easy to service”. 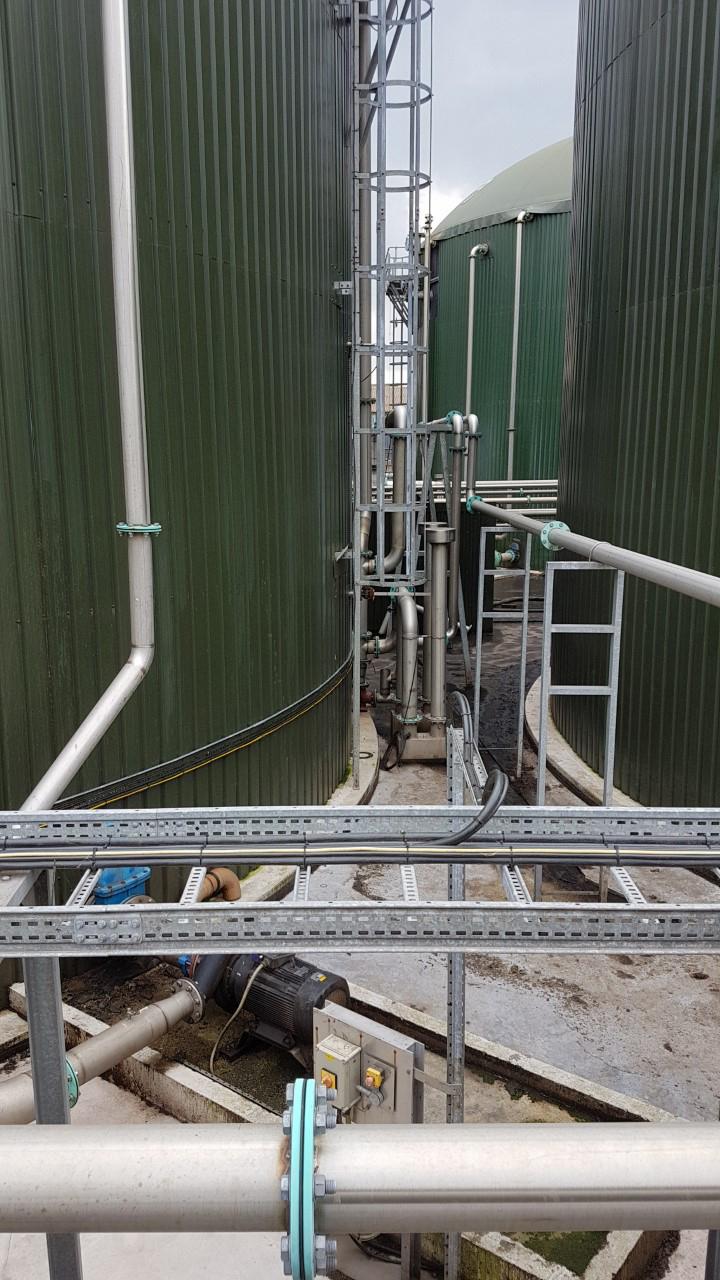